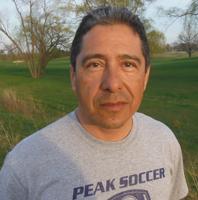 Lucio was born with a natural passion for athleticism and playing sports. As he grew up in Mexico, soccer played a significant role in Lucio’s childhood. Since then, he has shared his knowledge, experience, and love for the game with his children and many youth players as a coach.

Lucio has been playing soccer since 1976, when he began playing for his high school team in Mexico City.