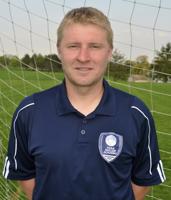 Radu Giurgiu brings a valuable set of coaching skills and professionalism to PSA. He has a wealth of experience as both a player and a coach.

Coached different ages starting with U9 boys and girls to U16 boys and girls.
Coached in Glen Ellyn, Hinsdale Hurricanes, Bloomingdale, Lisle, Shorewood, Elk Grove, Bartlett.
Coached most of the same teams in indoor also.